Recently, I attended the CAQH CORE (www.caqh.org) webinar discussing the issues and events expected to be dealt with during 2015.  This organization is responsible for establishing the operating rules for the exchange of HIPAA transactions.  While everyone is focused on ICD10, I believe that the work being performed through this organization will have a major impact on the healthcare industry as well. 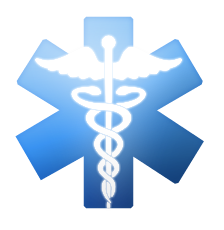 The HIPAA legislation, back in 1996, established the initial specs for the electronic exchange of information used in specific healthcare transactions.  As part of the ACA, operating rules are being established through CAQH CORE to require all healthcare business partners to use these transactions instead of alternative methods for documenting these business processes.  For fifteen years, the intended benefit of using these transactions has not been realized.  The reason is not that the standards are not adequate, but that they are of limited benefit unless everyone uses them.

For example, HIPAA required that the electronic remittance, if used, had to adhere to the specifications established for this transaction.  This specification is the ANSI 835, current version 5010.  However, you were free to use any other method you chose to get remittance data from a payer to a provider.  In this case, it was primarily on paper.  Fifteen years later, according to the 2013 U.S. Healthcare Efficiency Index (>http://www.caqh.org/pdf/2013Index.pdf) paper remittances still outnumber electronic ones.  The study states that 53% of all remittances are sent electronically, but 10% of all remittances are sent both electronically and on paper.  This not only prevents industry savings through the automation of these transactions, but as we will show in some upcoming articles, it prevents that analysis of revenue and clinical data in a uniform manner.

Through CORE, deadlines have already been established for some of these transactions to assure that all healthcare business partners begin using them.  In 2013 the eligibility (270/271) and claim status (276/277) transactions were mandated and in 2014 the electronic remittance (835) and electronic funds transfer (EFT) were to be provided to any healthcare provider requesting these services.

Beyond the theory – Implementation in the real word

Although these transactions were “mandated”, there is not yet any associated penalty for non-compliance with these regulations.  During last year, as I attended these webinars, attended mostly by health plans, there were surveys collecting data on the ability of these organizations to process these transactions.  The results of these surveys reflected the judgment of the participants regarding the readiness of their organizations.  Simply put, the results of these surveys, in my opinion, were not close to reflecting the reality of how often these transactions are conducted in the real world.

For healthcare providers, this came first with claim data and the implementation of the ANSI 837 by CMS (Medicare) as the sole method of submitting claim data prepared by a provider or their agents.

Prior to HIPAA, claims were processed electronically using an informal standard referred to as the National Standard Format (NSF).  This format had no official (regulated) standard definition and was often used differently by different health plans.  HIPAA regulations mandated the use of the 837 transaction in 1996 as the required alternative to this format, when electronic claims were sent.

The actual implementation of this transaction grew slowly even though the concept of a standardized transaction and code sets for healthcare insurance claims was attractive to both providers and payers.  The game changed when CMS announced that they would no longer accept claims in the NSF format.  This first occurred in 2001 and then was delayed twice until compliance rose above 70% in 2003.  CMS then announced a final deadline that they stuck with (Oct of 2003) and now compliance is 100% for Medicare and Medicaid claims, even though this is not yet a required transaction through CORE business rules.  Also, of all the HIPAA transactions currently in use, claims (ANSI 837) has the highest implementation rate compared to all other methods of exchanging claim data at 91%.

The fact that Medicare accepts all claims through this electronic standard and all providers are getting paid by this process means that 100% of all providers are capable of supporting this process with any other health plan.  This is also true with the electronic remittance (835) and eligibility (270/271).  Since Medicare only conducts these transactions in this format, providers must be able to comply through solutions they obtain through their vendors or live without these essential revenue cycle management processes with their largest payer.  These solutions, in most scenarios, are used for Medicare transactions only because there are no similar solutions available that can be used for all health plans.

The benefit of provider solutions that have been implemented to conduct transactions with Medicare is limited by the fact that most health plans, fifteen years later, still do not have systems in production to process these transactions.  Like providers, this will not happen until health plans consider them to be essential and the cost of non-compliance is greater than implementing these systems.

Outside of ICD10 implementation, ensuring payer compliance for HIPAA transactions is the key issue of 2015.  CORE is working with HHS to develop final language for regulations that will require the transactions already mandated by CMS for providers to be implemented by other health plans for these providers as well.  The way they intend to accomplish this is through a process similar to meaningful use for providers.  First, the health plan must certify that they can conduct these mandated transactions in a test environment.  This certification will be performed through two processes, HIPAA certification and CORE certification, health plans can pick which one they want to use.

Let’s say as an example that this is 40% by 10/1/15.  The regulations would then apply a penalty based on a specific dollar amount per insured person under that health plan if the health plan is not compliant with these goals.  Unlike meaningful use, there is no carrot, only a stick.

When this comes to pass, those health plans who have created a viable solution will not only need to certify it, but will need to promote it to providers and create processes to easily implement these systems in order to meet these compliance goals and avoid penalties.  When systems begin to approach the level of use that already exists between CMS and providers, providers and the industry in general will reap the benefits of conducting these transactions in a standardized and efficient manner.

Health and Human Services is supposed to establish regulations to implement these dates and penalties.  CORE will assist in certification and I would imagine that the current implementation rates will be used to establish new goals for use of these transactions as a percentage of the total by these deadlines.

According to information discussed during the last CORE webinar, these deadlines may be announced this coming July. At MEDTranDirect, we will be monitoring the progress of this legislation so that we can plan for the new opportunities that a wider use of these transactions will present to healthcare providers and their vendors.  We will keep you up to date through this blog.