MEDTranDirect is a vendor of Medicare connectivity services, including access to the CMS HETS system (HIPAA Eligibility Transaction System) that provides real time eligibility data for healthcare organizations.  The data processed through this system is intended to provide a complete picture of all beneficiary data necessary to determine if payment will be received when healthcare services are provided to Medicare patients.

Late last year, we found a problem in the HETS data where the hospice NOE (Notice of Election) data was only present part of the time when it was processed in the CWF (Common Working File).  We documented this issue and reported it to HETS support.  Their initial response was that this was not a claim and that is why it was not showing up.  This did not make much sense since it did show up at least half of the time.  We resubmitted the problem again in February of this year, their response at that time was that it did not show up because the data was not in the CWF and the problem was with the MACs processing the NOEs and not the HETS system.  This conclusion was also not supported by the data we provided since we gave them screenshots of NOEs entered and accepted in DDE (Direct Data Entry), but were not present in HETS several days later. 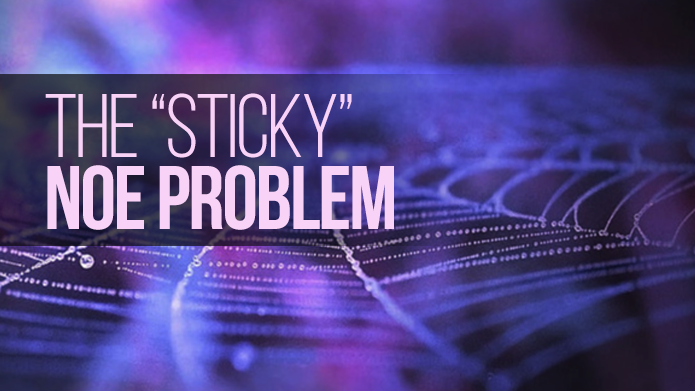 For a while I accepted defeat and dealt with other issues like making sure we were prepared for ICD10.   When this effort was behind us, I turned back to the HETS issue.  I once again approached HETS support with the problem.  This time, rather than dealing with the issue as a problem of documenting and fixing an error, I took the approach of attempting to appeal to their definition of the purpose and the importance of this data to their mission as an organization.

Whenever a patient accepts treatment from a hospice, a new payment model is introduced for the providers interacting with the patient.  In this model, the hospice is responsible for delivering all healthcare services for this patient relating to their terminal illness.  They are paid a daily rate for these services.  No other provider will be paid for services related to this illness, while hospice is active for the patient.  For the hospice providers assuming this relationship, it’s important that they know that the patient has valid Medicare coverage and that they are not already associated with a hospice.

On the contrary, if any healthcare provider uses HETS to run an eligibility check and they see that a patient is not on hospice, but has valid Medicare coverage, they should be able to assume that they will be paid for any Medicare covered service.  I explained to the HETS support team that if their mission as the Medicare eligibility system is to provide reliable information to providers regarding the reimbursement of potential services, it was essential that the recipient of this data knew if a patient was on hospice.  If they were on hospice, but the eligibility report showed otherwise, they would provide services and would not be paid.

This seemed to convince them that it was important to provide this information accurately.  We developed a new support ticket and I described a process where we would collect the data again that would document the problem in detail.  We had a business partner that provided billing services for hospices.  They entered many NOEs each day through DDE and volunteered to help us document these transactions.  We created a spreadsheet and recorded when each NOE was entered through DDE.  Each day, the service staff would log in to DDE to determine if the NOEs previously entered were accepted.  They would then record the acceptance date and document the NOE through screen shots that showed the new hospice benefit period.  We then tracked each NOE that was verified in DDE to see when the benefit period showed up on HETS.  We documented about 100 NOEs over about a two week period.

The data we collected supported the issues we had reported.  Sometimes the HETS data showed the accepted NOE the same time it appeared in DDE, sometimes it took several days to show up, and sometimes it never showed up at all.  The HETS support team believes they have found the cause of the issue.  It has to do with some data in the CWF not being reliably transferred to the HETS system. They have submitted the documentation to CMS and it should be corrected in the future by other CMS data processing departments responsible for delivering this data to HETS.

While documenting this problem, we noticed another problem that was documented by this process.  When NOEs were entered through DDE (this is how all NOEs must be processed), we found that the NOE would sit for days in the system before they were processed and determined to be accepted or RTP (Returned to Provider).  In fact, over 50% of the NOEs entered took over five days to be processed and either accepted or RTP.

Last October, new CMS regulations required all hospices to enter the NOE within five calendar days of the hospice admission.  If this did not happen, hospices penalized themselves 100% of reimbursement for services between the admission date and the date the valid NOE was entered.  This penalty was then self-assessed by the hospice on the first submitted claim.

The issue with the NOE processing delay that we discovered did not affect NOEs that were processed without error because the NOE is considered timely if it is “entered” within the five day window.  It does not have to be processed within five days.  The problem is that when the NOE is determined to be in error, the NOE must be re-entered correctly.  When this happens, the date that the new “clean” NOE is entered is the date used for assessing the penalty.

In this situation, the processing problem in the CMS system is responsible for many extra days in penalties due to the fact that the NOE is not processed for an extended period so the determination of “clean” or RTP is not made immediately.  The extra days that these transactions remain “pending” costs hospices in this situation 100% of their revenue each day for a situation that is beyond their control.  The amount of the penalty depends mostly on how quickly this RTP determination is made by CMS so reentry can occur.

Two trade organizations representing hospices, NAHC and NHPCO, were aware of this problem well before we were.  They decided to take action to measure the financial impact of this five day window and current NOE processing on hospices.  They developed a survey to collect the data associated with the transaction and the penalties.  They have recently collected this data.  I have seen the preliminary results and I will leave it to these organizations to publish the information and their comments, but what I have seen is dramatic.  Their data represents just the first six months of 2015, but shows that the penalties paid by hospices during this period represent millions in lost revenue for the industry and a significant portion of their total revenue.

Last week, when the HETS support staff told me that they had identified the cause of their error, they assured me that they were going to bring the processing delay issue to the attention of CMS as well.  They met last Thursday with CMS for a regular meeting where issues between the HETS system and other CMS supporting systems are discussed.  They presented the “sticky” NOE issue, our data and an email where I described the impact of this problem on the five day window.  I received a call the next day and was told that CMS had escalated the issue to the highest level and that a “Change Request” was being developed to identify and fix the problem.  A change request is the support ticket system used by CMS internally to document and track required changes in the FISS system needed for implementing new features or corrections.  They told me that CMS understood the seriousness of the situation and although it might take weeks or months to correct, it would be addressed.

Although it took some time for them to recognize the problem, I believe that a correction is imminent.  In the meantime, if you are a hospice, be as careful as you can when you key in those NOEs, you only get one shot at it and if it is rejected, it will definitely cost you.